Tucker Sadler Noble Castro and Clark Pacific win the 2002 PCI Design Award for Best Public Facility for the San Diego Convention Center Expansion. The project was judged on a national basis by an industry panel and was featured in the Precast Concrete Institute’s Ascent Magazine. The project featured incredibly detailed GFRC panels used to create a radiused pattern down the length of the structure.  It is a landmark structure for San Diego and the precast industry.

The design concept of the San Diego Convention Center is one which complements the existing facility design that is a major landmark for the City of San Diego.  The nautical theme was incorporated through the use of similar architectural elements, barrel glass vaults, circular elements, similar interior finishes, a sense of transparency from the city side and bay side, ease of circulation and accessibility.

Given the size and scale of the building, the façade was stepped back to soften the scale.  This was done through the use of a series of barrel vaulted glass structures punctuated by structural elements clad in GFRC panels.  This feature allows for spectacular views of the city and bay from the public spaces within the building.  The point where the existing and expansion are integrated is a major urban design feature with a “grand stair and inclined elevator”.  This feature also provides for public access from the city side to the Bay side, separating events in the center from the public.  From the grand stair, one continues up to hat is referred to as a skywalk.  This skywalk is lined with planters clad in GFRC panels.  As one walks along this skywalk, the bay is visible, and the ability to see activities within the center is also possible.

On the interior side, pre-function lobby, the high glass barrel vaulted ceiling continues the theme of the existing facility; however, a major enhancement is the series of clad GFRC “donut rings” that create a dramatic effect to the space.  This is more evident in that the escalators connecting the ground level to the upper level travel through these rings. A challenge for the design team was to use similar materials on the exterior and interior to match the materials used in the existing facility.  The primary material ad finish on the existing facility is exposed concrete.  It was used as a major structural element.  Early cost studies indicated that it would be too costly to use concrete.  A decision was made to use a steel structural system with GFRC for cladding. 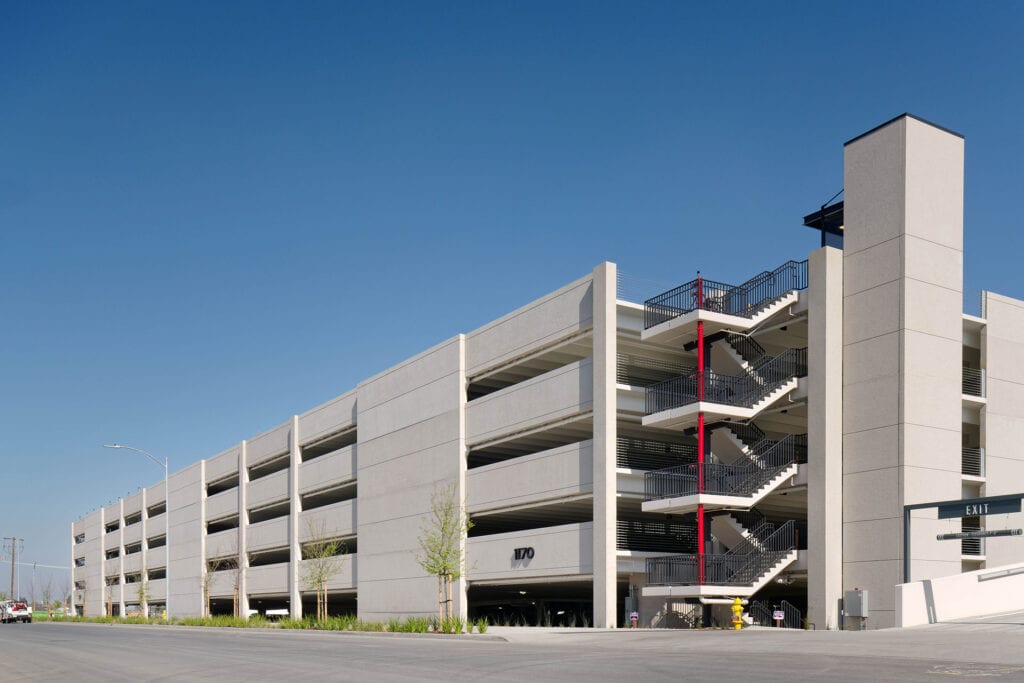