Parking project developers are on the lookout for more efficient, productive, and cost-effective ways to bring new projects to life.

Long design times and bidding processes. plus a lack of collaboration between design and build teams, can often lead to setbacks, higher costs, and waste.

Industry benchmarks, in fact, show 61% of typical construction projects are behind schedule, while 49% are over budget.

He finds it to be a reliable source for the delivery of high-quality parking structures, at the lowest possible cost, in the shortest amount of time.

“We’ve built parking structures in almost every way imaginable, from cast-in· place to prefabricated, and hybrids of both,” says Hunter.
“We explored prefabrication for its most immediate merits, which are reduced impact on the job site and accelerated execution,” Hunter explains.

The Benefits Of Prefabrication

There are many benefits when you can manufacture parking structures in a controlled environment and transport them to the site for installation.
Other benefits include less disruption on-site, cost and schedule certainty, and less risk.

It is a considerable mind shift for owners and project teams to move from traditional construction methods to prefabrication.

In addition, prefabrication design is relatively new territory for most architects.

“Most garage architects tend to shy away from prefabrication,” says Hunter, “because when they work with a prefabrication contractor, it doesn’t necessarily reward their practice.”

He advises you to take a good look at your design team to be certain they have your best interests at heart.

Be sure they haven’t decided to go with design-build or cast-in-place because they require more design services.

“An architect needs to understand that, for the client, prefabrication may be the right solution,” he adds.

Hunter Properties has built projects for Silicon Valley pioneers and continues building today with a development mix of retail, office, and self-storage projects.

In 2018, Hunter Properties teamed up with prefabricated building systems manufacturer Clark Pacific on a project to deliver a 2,200-stall parking structure.
This was the first of four structures planned within the Coleman High line mixed-use development near Avaya Stadium and the airport in San
Jose, California.

“It is a considerable mind shift for owners and project teams to move from traditional construction methods to prefabrication.”

The site shares parking with the stadium, so prefabrication was an ideal way to deliver the project quickly, with limited disruption, to accommodate Major League Soccer games.

After they confirmed the delivery system, Hunter Properties asked

Clark Pacific to manufacture all four parking structures, which totaled more than 5,600 stalls.

“The development’s general contractor had a proprietary interest in cast-in­place so there was a lot of pressure to use it for this project,” says Hunter.

Hunter evaluated different parking structure types, however, and prefabrication was the clear winner.
The project needed to be completed quickly and with a light touch on the site.

Prefabrication met all the prerequisites, whereas cast-in-place would have taken longer, required a greater footprint on site, and been very disruptive to Major League Soccer.

Although prefabrication has been around for more than 50 years, common misconceptions have been a major roadblock to adoption.

The perception that prefabricated systems and structures hinder design and compromise quality has stifled adoption in the U.S. and created a stigma, but the tide is turning.

Outside factors such as the skilled labor shortage, tight schedules, and budget overruns have impacted the industry.

Today’s owners, especially owner· occupiers, expect a design and construction process that is efficient, productive, and cost-effective, to a degree that traditional construction methods can’t deliver.

For Hunter Properties, the potential for prefabrication to take the physical burden off projects and accelerate schedules was worth the gamble.

Due Diligence Pays Off

Hunter says the key to the successful adoption of prefabrication is to find the right partner to work with.

“It was clear when we met with Clark Pacific that they used cutting-edge technology and best practices in production,” Hunter continues.

Hunter also considered their reputation for quality and their ability to manufacture a job and deliver it.

That, and the quality of their workmanship, their ability to deliver on a large scale, and install when needed, led to choosing Clark Pacific.

“Most important,” Hunter concludes, “their commitment to quality aligned with ours.”

It’s essential to do your due diligence to make sure you and the prefabrication company can work well together, and you get everything you need.

Aaron Alhady is general manager of parking at Clark Pacific.
Email him at aalhady@clarkpaclfic.com. 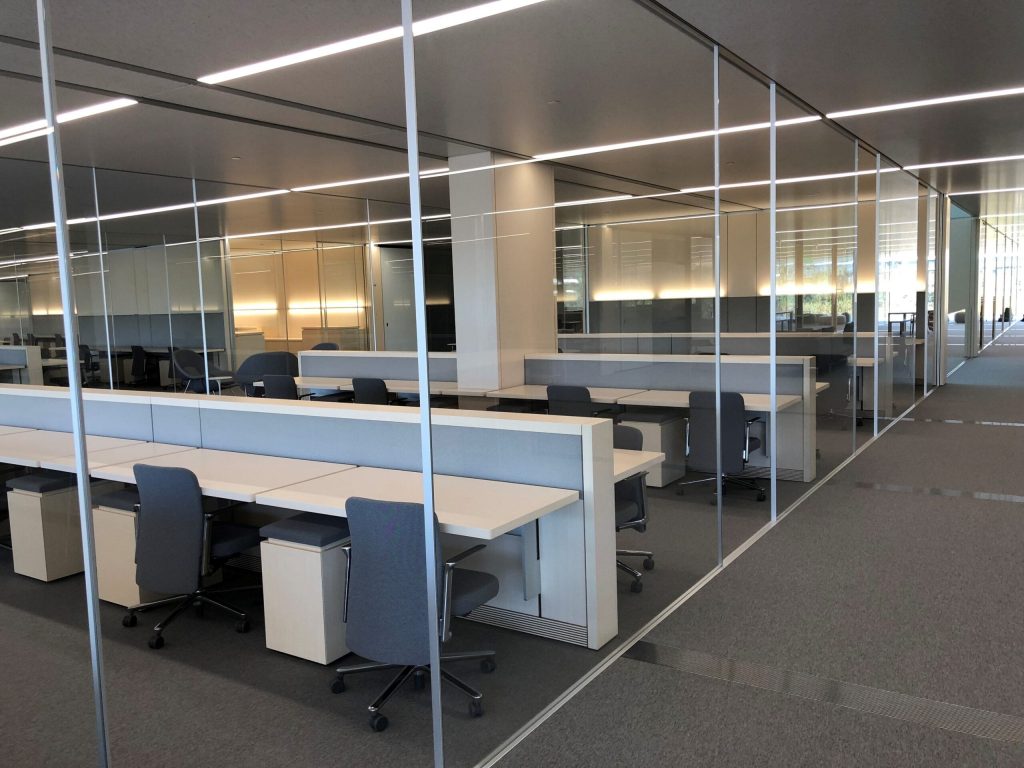