The Roseville City Hall Annex located at 316 Vernon Street is the first precast building constructed for the city of Roseville and the first to be rated and accredited by the United States Resiliency Council (USRC). The new four‐story office building with a gross area of approximately 82,000 square feet, sits on Roseville City square. The building provides space for the City of Roseville’s IT Department, Alternative Transportation Division, Parks Department and Fire Administration Division, as well as office and classroom space for the Sierra Joint Community College District.

“The City of Roseville is extremely pleased with the project outcome. Publicly-funded projects of this size, scope and complexity are rarely, if ever, completed in the timeframe of 316 Vernon, due in significant part to the precast design and innovative just-in-time construction methods. Other added benefits from an operational perspective include: lower long-term maintenance costs, superior sound isolation / exterior noise suppression, and approximately 30% less energy consumption attributable to heating and cooling as a result of the building’s efficient thermal mass. As the owner and occupant, we couldn’t be happier.”

The city office building’s original design called for a steel structure with a plaster finish. However, the City selected the Precast Hybrid Moment Frame because it gave the architect flexibility in the design, met its tight delivery requirements and provided the City with reassurance that during an earthquake, critical operations and services would be housed in a resilient structure.

The platinum rating is the highest rating from the USRC. It predicts the consequences of an earthquake on a building and projects the performance of the structure during the event, as well as the cost and time of structural recovery and repair. The PHMF structural system incorporates a high-performance precast hybrid moment-resisting frame that limits design level drifts to less than 1.25 percent.  The system is designed to be self-centering after the seismic event eliminating residual drifts, limiting damage, and providing for reduced recovery time.

“Precast is an ideal solution because most of the work is done off site…and in 38 days we had a building shell ready to go.”

“We have an obligation to our local taxpayers that we’re being as efficient as possible with the resources that we have available, getting the most out of our dollar, and Clark Pacific has gone a long way in helping us do that.” 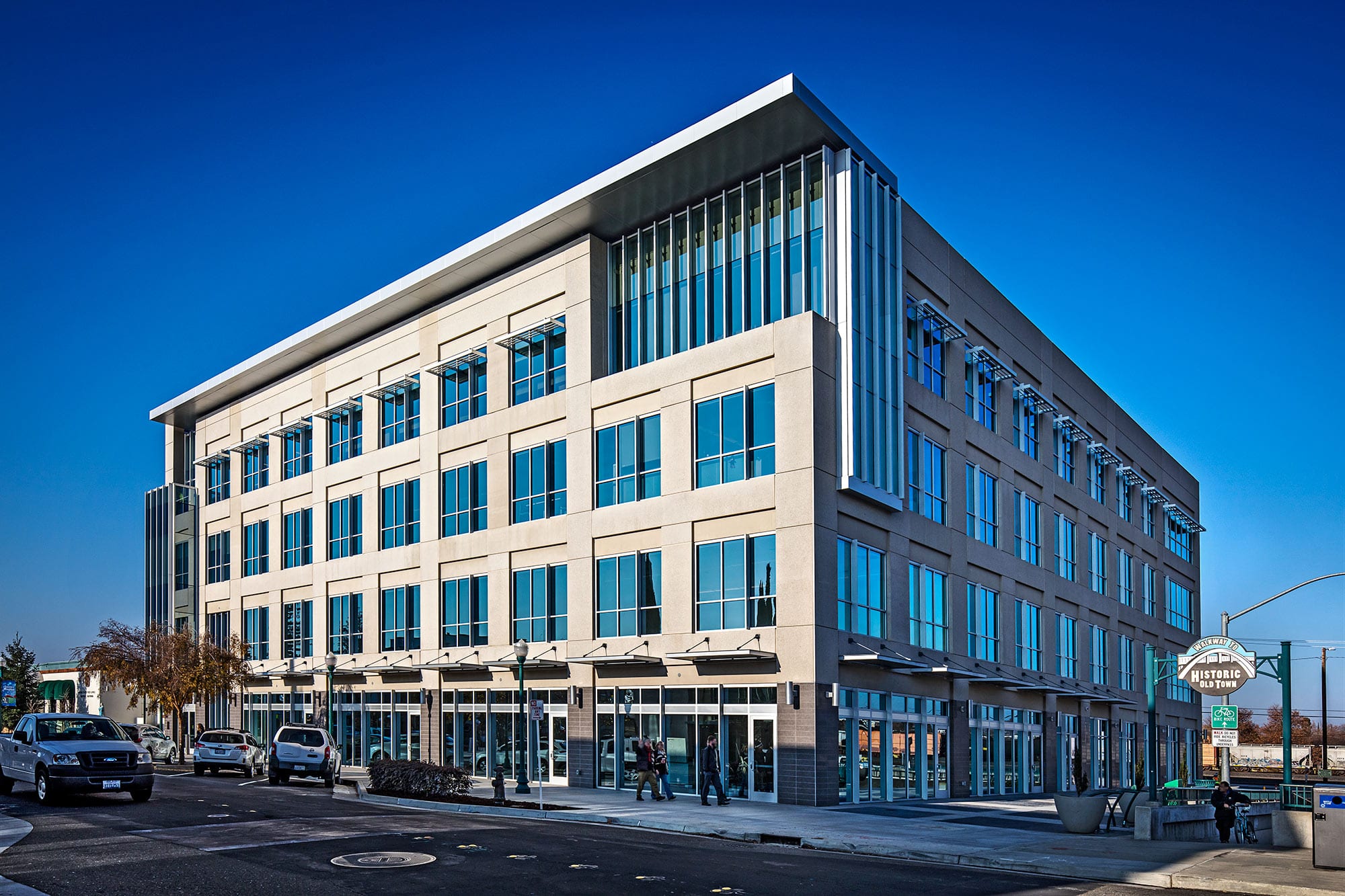